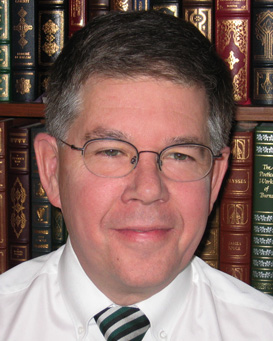 Since 2015, on behalf of the UAW – GM Center for Human Resources, Mr. Webb has undertaken the lead facilitation effort regarding its initiative Destination Hamtramck 48212 (DH212). This initiative examines the Hamtramck Public Schools District with over 3,000 students of diverse cultures and backgrounds and addresses the critical issue of literacy of our public school children in Michigan. DH212 serves as an incubator for systemic change based upon the Stanford Social Innovation model of collective impact from the classroom to policy transformation giving teachers and staff a voice in the process. Literacy is the foundation of all skills critical to a sustainable economic and social model for investment and jobs. The successful implementation of a next public education delivery system based upon continuous improvement methods currently utilized by the automotive industry and educational best practices will serve as a model for replication in Michigan and the US.

In 2008, Mr. Webb co-founded The Engineering Society of Detroit Institute (ESDI) and has served as its volunteer director since its inception. ESDI is modeled upon the facilitative process of the National Academy of Sciences in Washington, D.C. Over the last six years, ESDI has brought together 1000’s of stakeholders to tackle public policy issues relating to economic development, water & energy resources, construction, infrastructure, healthcare and education. The work of ESDI represented by its Portfolio is available on our website Resources page.

ESDI was focused upon its Pre-K to Job® Initiative to address the current workforce shortages in the STEM (Science, Technology, Engineering & Math) fields as well as the skills gap in both construction and manufacturing. The center of its work addressed the acute lack of reading and math proficiencies of our children and the resulting decline in our employable youth. With the support of ESD’s Board of Directors, the Institute tackled our lack of workforce readiness in order to attract investment and employment to Michigan, thereby transforming distressed communities to vibrancy. Bringing together key stakeholders and best practice providers, the Institute facilitated the creation of an integrated and optimized educational delivery system as a replicable and scalable model for “Next Public Education” that is now being realized through DH212 discussed earlier.

Mr. Webb also serves today as a self-employed mediator, arbitrator, facilitator and trainer practicing in a wide variety of areas ranging from business to public sector disputes. From 1977 to 2002, he was Vice-President and General Counsel for the Jervis B. Webb Company, a closely-held global engineering, manufacturing and construction firm, responsible for the firm’s legal affairs and certain subsidiary, joint venture and licensee operations in the United States, China, India, Japan, England, Australia, South America, and Europe serving the automotive, airport, defense, distribution, energy, software, technical and other sectors.

Past accomplishments include serving on the State Bar of Michigan’s Alternative Dispute Resolution (ADR) Section Governing Council and its Access, Effective Practices & Procedures, Higher Education, Judicial Access, and Section to Section Task Forces, chairing the State Bar ADR Section Michigan Business Mediation Program and the ADR Committee of the Oakland County Bar Association. He was a co-founder & executive committee member of the ADR Section of the Detroit Metropolitan Bar Association, a Master Emeritus of the American Inns of Court, and a past Trustee of the Oakland Mediation Center.

Past awards include recipient of the State Bar of Michigan George N. Bashara Distinguished Service Award in the Field of Alternative Dispute Resolution, the Oakland County Bar Association ADR Committee of the Year Award, and the Distinguished Service Award of The Engineering Society of Detroit. Mr. Webb was named a Fellow of The Engineering Society of Detroit in 2009 and has served as a mentor to children participating in its Future City Competition.

In addition to his work at the UAW-GM Center for Human Resources, Mr. Webb is currently a mediator and arbitrator with the American Arbitration Association, a member of the Panel of Neutrals of the International Institute of Conflict Prevention and Resolution in New York, a contributor and member of the faculty of the Institute for Continuing Legal Education, and member of the ADR Advisory Board of the Michigan State University College of Law. With extensive experience in facilitation and negotiation, he is a frequent speaker and instructor and has authored many articles and other materials in the field of corporate law practice, negotiation, and conflict resolution.